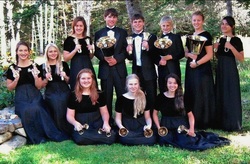 Besides bell ringing, many of the members play the piano and/or other instruments and participate in the Pine Tree Academy choir and band.

The Bell Ringers have performed throughout New England, Europe and South America. 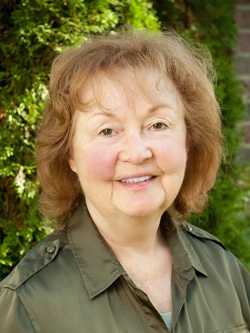 Doris Krueger teaches K-12 music at Pine Tree Academy and is the director of the Pine Tree Center for the Arts.  She is the Falmouth Congregational Church Minister of Music.  During the summer of 1991, she started the first English handbell choirs in Argentina while teaching handbells and organ at River Plate University.  She has been clinician for numerous choral, band and handbell festivals throughout her career.  In 1989, Mrs. Krueger received the Zapara Excellence in Teaching Award as well as the Alma McKibben Summer Sabbatical Award to study the British Cathedral Choral Tradition and to travel in the British Isles.  She has served on
the North American Division Music Curriculum Guide Committee and the Atlantic Union Conference K-8 MusicaLive Committee.  Contact Doris Krueger at dkrueger@pinetreeacademy.org